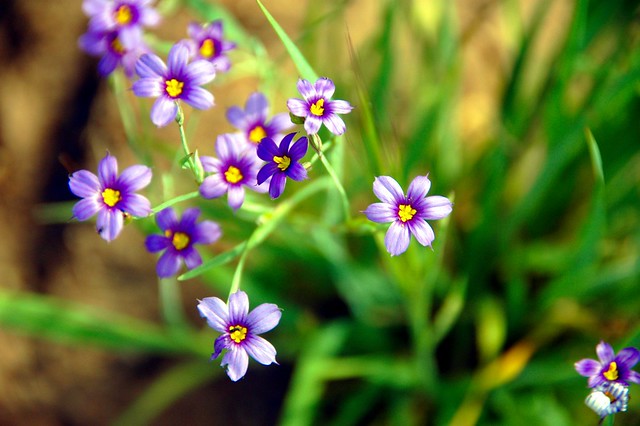 We’ve reached the end of March. Spring is just about over. Two months of green separated the brown of late autumn from the new yellow of April. Most flowers have bloomed: I expect the Mariposa lilies to make a show any day now before it is all over.

Spring usually peaks late in April, but we’ve had ninety degree days in February and March that signaled the blooms to drop their petals and get about the business of creating seeds. The poppies at the Native Seed Farm where I volunteer stopped their flash of orange two weeks ago. Lupines crowded the meadows for a few days, then disappeared into the rising grass which, in its turn, has begun to yellow.

We’ve heard stories of the heavy snows in the East. We envy the water that buries houses and that will flood the lowlands in a few weeks there because things are dry here. Legislators in Sacramento continue to put off rationing just in case these next few weeks bring rain. Everywhere mere anarchy reigns in an anti-government climate where people prefer to watch their doom unfolding while hoping for redemption. I don’t hear many people say that there is no such thing as global climate change these days; I am sure that those who say they don’t believe in it at very least dread that it might be true now.

Our best laid plans — the mighty dams and the magnificent aqueducts — have come to naught because they were designed for the catastrophic droughts of old cycles, not for these man-altered climates. I sometimes wonder: did we fight too many dams? Did we let bottled water companies drain too much of our aquifers? Did we fail to see the danger posed by green lawns and golf courses? My eyes watch the edge of the desert. Will it push across the San Gorgonio Pass and storm down the Cajon in the years to come? Will our drought last three more years or thirty five?

What will the land be like in a few years? What will be the new months of spring and what flowers will bloom and which will disappear?