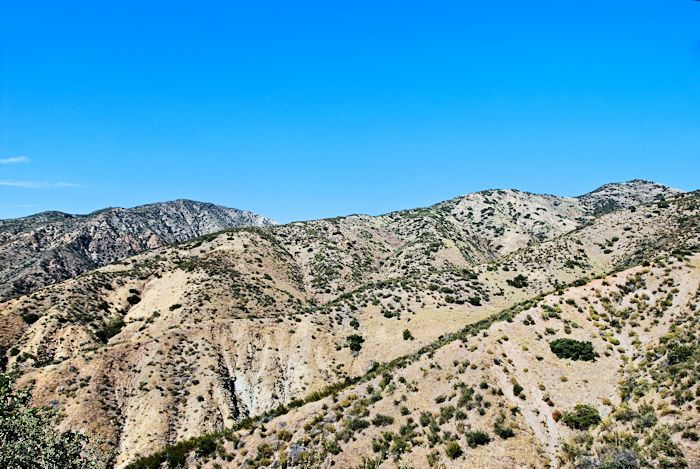 I say this too often: “They call it the Harding Trail because it is hard.”

The fire road begins at the Tucker Wildlife Sanctuary where you find the only trees that shade the trail during midday in the first five miles. It winds up the foothills that lie between the Santiago Creek watershed and Harding Canyon, sometimes curling like a sidewinder and sometimes vaulting straight like a javelin. I don’t hike it much in the summer because I have already had my encounter with heat exhaustion and it wasn’t fun.

My little Boston Terrier used to come along as far as what is known as “Goat Shed Point”, a bend at the end of a switchback with a picnic table, a dead tree, and an identifying sign.

If you time things right, it is an amazing route for wildflowers: I’ve seen mariposa lilies, blue lupines, white sage, chamise, coast paintbrush, owl clover, California poppies, cardinal catchfly, caterpillar phacelia, toluaca, wild cucumber, golden yucca, chaparral yucca, and lots of California buckwheat mobbing the hills. Lizards run along its edges in abundance, but though I have seen gopher snakes, I have never seen a rattlesnake on this double-track.

As you climb a little farther the trail veers away from the rim of Modjeska Canyon and cuts across to the rim of Harding Canyon. Fierce switchbacks give way to a long straightaway that takes you nearly to Laurel Spring. I have not gone beyond this point. The trail eventually meets the Maple Springs Road near the Main Divide, 11 miles from its start.

Lynn and I went as far as the picnic table yesterday. Well, Lynn turned back and I went a little farther to see if there were any wildflowers that I had not seen this season. The heat made the going hard. I walked to the second switchback above Goat Shed Point, paused to drink, and then looked out over the Santa Anas.

Summer’s desolation groped across the hills, ending only when it met the canyon bottoms. Yellow grass mixed with tar weed filled the road’s shoulders. This place was losing most of what could call life for the season. The months to come would eradicate the green of the annuals and fade the perennials. This was the chaparral — at once elfin forest and rangeland. The slopes would become verdant again, but only after the long penance of a misplaced Lent.

I wiped the sweat off my brow, took an Instagram and a second photo with my DSLR, then hurried down the hill to catch up with my wife who was half a mile or more ahead of me. 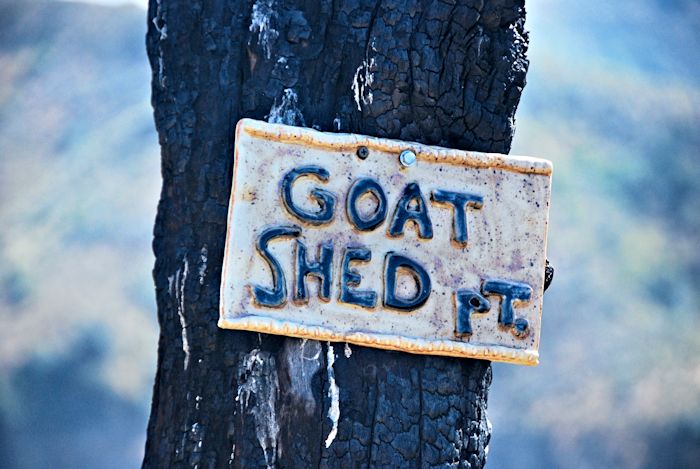 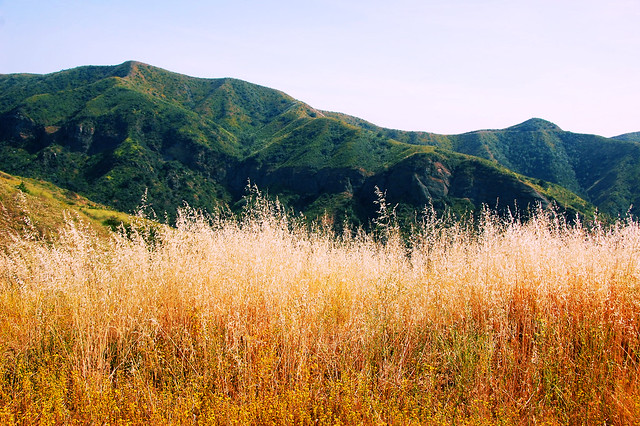 The location of this trail can be found on the Orange County Back Country map.