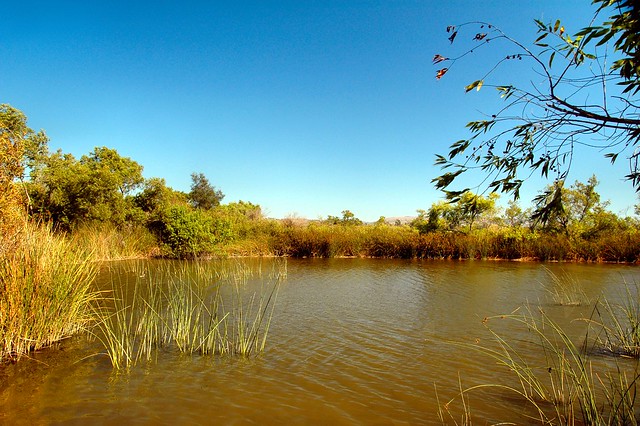 The San Joaquin Wildlife Refuge serves several functions. First, it is a natural sewage treatment marsh. Water from an adjacent water filtration plant is pumped into the refuge’s several ponds where bacteria and greater forms of life render it fit to be discharged into the nearby Newport Bay. Second, it is a wildlife refuge. Third, it is a park where nature lovers, walkers, and runners can enjoy trails secluded from the adjacent office buildings and apartments by thick stands of mule fat, willows, wild tarragon, tules, rose bushes, goldenbush, and other native and nonnative species.

We visited twice at the end of August. Our last trip began with an exploration of the South Loop which took us around some of the deeper ponds. We spotted an island in the middle of the first of these where coots, white pelicans mallards, and a double-crested cormorant staked out their personal slabs of mud. We swung north to cross a boardwalk, followed the North Loop in a clockwise fashion, spotted a loon taking a dive, and then came back via the Boardwalk to a grid of ponds where we encountered a strange, mixed flock of yellow-footed Snowy Egrets, an American Egret, a Great Blue Heron, a Night Heron, and a bittern crowding into a gap in the reeds to fight some blackish-gray carp for some treat which we could not get close enough to identify.

Then we walked back to Pond 1 where the assortment of birders was as memorable as the Orange Bishop and the rails. They all carried the requisite binoculars; many had humongous telephoto lenses; and one had a parabolic microphone which he was using to listen in on the songs of sparrows playing hide and seek among the tules. I find birders to be friendly folk, eager to point out an accidental in the tules and tell you where to find the Yellow Bishop that flits about neighboring San Diego Creek. They can be either taciturn or chatty. The latter doesn’t matter because birds don’t care about noise, only threatening motions. You can carry on a conversation or sing as you watch, but when you approach, you should do so in slow, small steps lest they mistake you for a predator.

Being a hiker and a landscape photographer I carried a cheapish pair of binoculars which could fit easily in my pack and a Nikon fitted with a zoom lens whose telephoto capabilities were better suited to portraiture than wildlife viewing. Lynn brought her spotting scope. The trouble with this was every time we focused it on an interesting bird, said avian would step out of the viewer, fly off, or scurry into the reeds. The birds went about their food quest paying no heed to our desires. Being at a point where I have just rebegun my life list after losing it, nearly every bird I see is a new bird. A rail is a big accomplishment that will resound in my mind for several weeks until I meet the next hard-to-spot species. 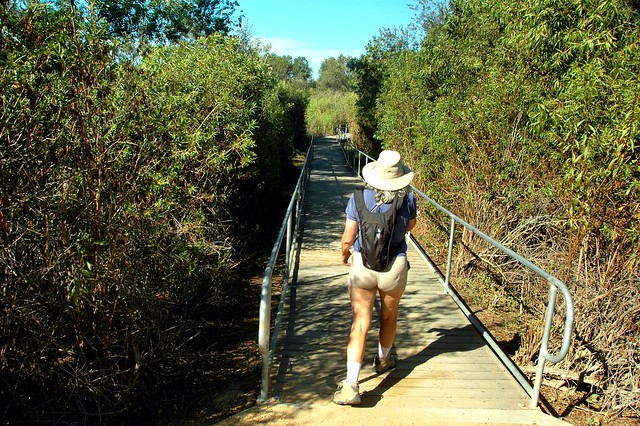 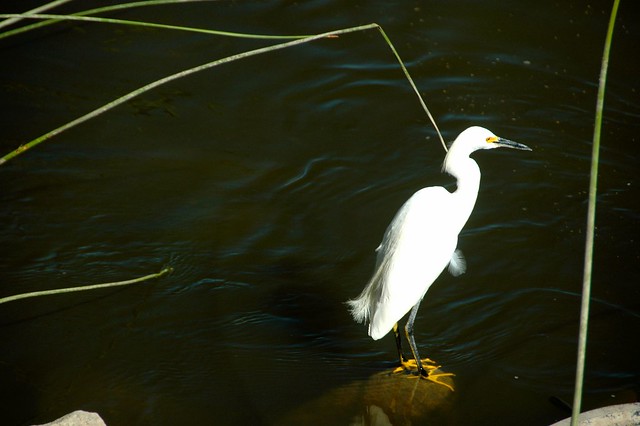 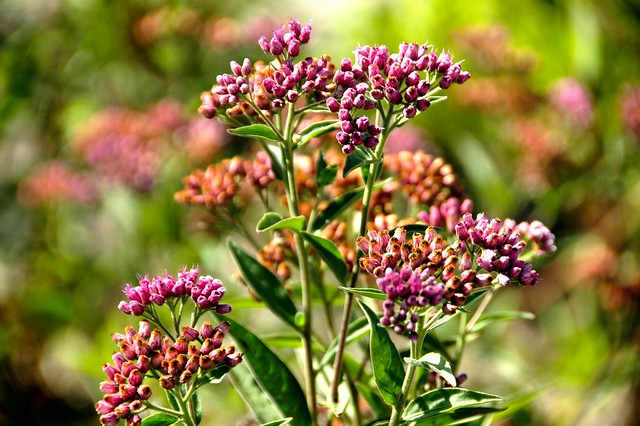 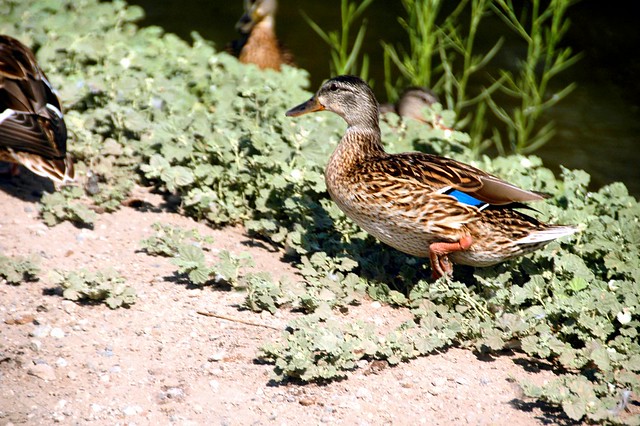 DIRECTIONS: From the 405, take the Jamboree Road exit. Head south. Turn left on Michelson. Turn right on Harvard, right on University, and right on Campus. Go over the San Diego Creek bridge and turn right at the sign to the refuge. There are two parking lots: the one to the left has shade.