Our midweek adventure — a scheduled event of the Irvine Ranch Natural Landmarks conservancy — took us four and a half hours to finish, counting the short breaks at The Sinks and Box Spring. The trail began at a notorious local dead end. We followed the water lines up Agua Chinon (“wavy water”) Canyon with no real trouble until we hit a steep loma as hellish as the south slope of Whiting’s Dreaded Hill. The summit brought us face to face with the western section of The Sinks

An inland sea or lake deposited the layers that appear in The Sinks formation about 40 million years ago. A long period of wet weather — sometime in the last million years — super-saturated the hills and caused the looser soil to slide away. The badland that was left exposed layers of harder red and white sediments that draw hikers and bikers to special “open days” at the Limestone Canyon Wilderness Park. 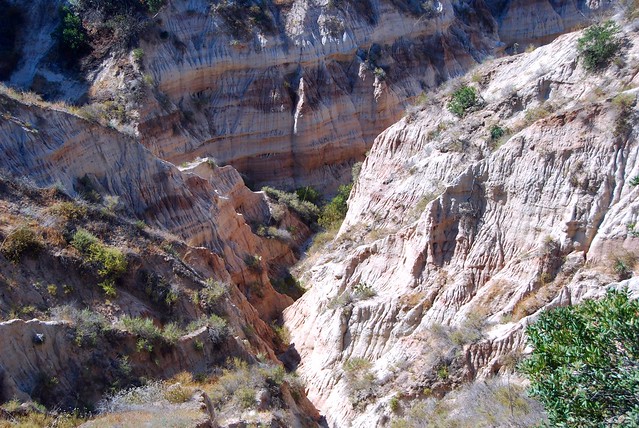 The park lies adjacent to Whiting Ranch Wilderness Park. Unlike Whiting, it is closed for most of the time to allow the ecosystem to function unperturbed by crazed mountain bike riders and nosy hikers like myself. Restricting access enhances the wilderness experience. Human silence invites wildlife to frequent the area more. Eradication of invasives such as castor beans and Saharan mustard lets native plants grow uncrowded.

The nine of us had the park to ourselves. We saw tracks — mostly coyote — in the white dust. The leaders stopped us to listen to bird songs and to tell us who was serenading us. After stopping at The Sinks viewing platform, we walked to the eastern end of the formation which I had seen one moonlit night. I remembered the shapes — but oh the colors! Yellow grass and deep olive-colored oak trees framed the orange and cream scarps. We could not get enough of this, so we hiked as far as we could without running out of time for our last stop, the green-shaded Box Spring.

Some more hills needed to be crossed before we arrived at the spring, but what slowed me the most was the mystery of a yellow and white flower that struck me as a cross between a dandelion and a daisy. I took one good capture before a light breeze picked up and made photographing anything attached to a branch or a stem impossible. 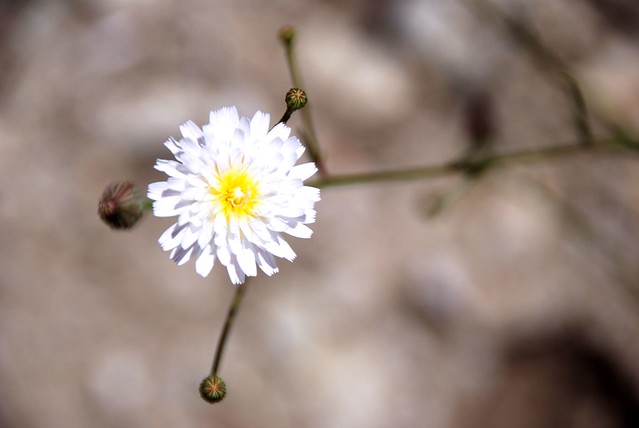 Box Springs provided a shady respite from the open, sunlit skies that we had endured for most of the morning. Drought had not stopped the flow from the seep. Green algae floated in the pool and tules crowded its edges. The only thing keeping us from dipping our feet in the water — aside from park regulations — was a thick stand of poison oak. We idled here for a few minutes then made our way back home.

We swapped stories as we walked. I found myself becoming more and more loquacious as the day went, so much so that towards the end of the hike I exclaimed “I am too full of stories today!”

An electric headache finished the journey. My mistake on this eleven and a half mile long trip was not tanking up on water before I started. I didn’t suffer badly, but Michael, the group leader, was worried for me and thought I would keel over any moment towards the end. The whole of my Camelbak plus a bottle of water that Michael kept for emergencies kept me from dehydration and I drank three more glasses when I got home. Next time I will drink copiously before I set out and grab a couple of the extra bottles that they offer at the beginning of the trip.

Thanks to Michael, Gretchen, Al, and Gary for their leadership.

Want to go on this trip yourself? Visit: Let’s Go Outside. 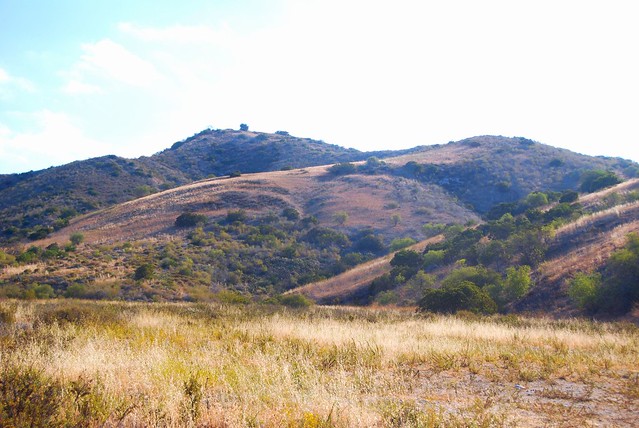 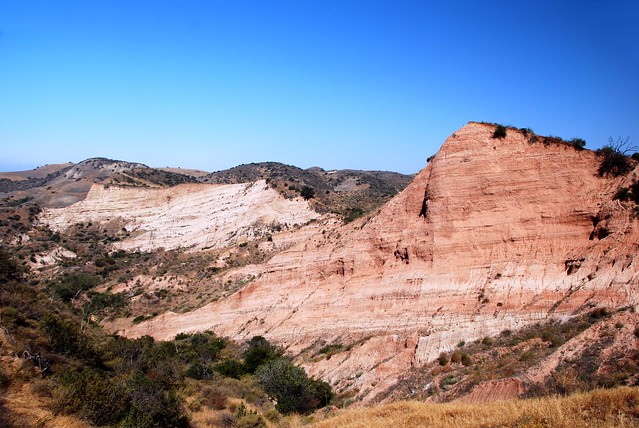