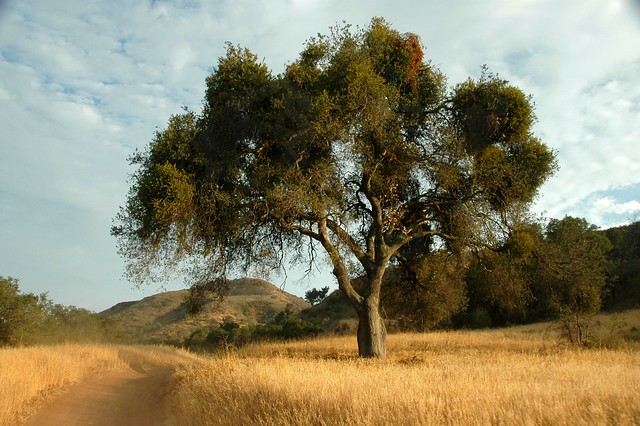 “This feels like cheating,” I kept saying. I had hiked to this point from two different directions: along the Limestone Canyon Trail from the Augustine trail head and up the more difficult Agua Chinon route. A four wheel drive truck with ten seats in the back brought us to the brink of Limestone Canyon Wilderness Park’s most famous natural landmark, the “Little Grand Canyon” or “The Sinks”. The differences that made the journey worthwhile were that riding in the truck allowed me to carry two cameras instead of one and we were there in the late afternoon, a pleasure denied those who took advantage of open access days and midweek hikes up Agua Chinon Canyon.

My company consisted of Lynn, a woman we knew from the Journey to the Middle of Nowhere named Liz, a quiet man with a Tamron camera, another man with a background in geology who was not so quiet but interesting nonetheless, two elderly women with blonde hair on their faces, another old woman who we had met on the JTTMON tour, and more docents than you could shake a stick at.

Limestone Canyon Wilderness Park is run on a limited access plan. This means that the tract is only open on specific days, mostly in the company of docents though once a month or so there are open days when hikers, bikers, and horseback riders can have their run of its many trails. Reducing the number of visitors allows the ecosystem to function more naturally. One needed only to think about the effect the daily swarms in nearby Whiting Ranch Wilderness Park to realize how crucial this can be. There are few spaces in Whiting where one can be alone. Mountain bike traffic has widened many of the trails, rubbing out the vegetation which grows on the periphery and contributing to erosion. Invasive species such as Saharan mustard dominate some matrices. Clods find it irresistable to cut trails or stomp down fragile meadows. Occasionally, nature and humanity collide in more disastrous ways for both, such as the times when mountain lions threatened or attacked people. The lands of the Irvine Ranch Natural Landmarks avoid or at least ameliorate some of these issues.

Many problems afflict the preserve, nonetheless. The drought has hit hard. Massive oaks die, collapse, and break up. Wildflowers become scarce. Invasive species gain a hold. One problem that afflicts the park is the cowbird. Cowbirds are natives of the Great Plains which used to follow the buffalo herds. When these were decimated by American hunters, the cowbirds switched to cattle. The birds live a nomadic lifestyle which means that they are seldom in one place long enough to raise a brood so they lay their eggs in the nests of other birds, following a pattern of brood parasitism similar to European cuckoos. As ranching operations spread across the country, cowbirds followed. When they came to Orange County, they laid their eggs in the nests of vulnerable species such as the rare California Gnatcatcher and the Least Bell’s Vireo. The Gnatcatcher — which is imperiled due to the fragmentation of its habitat — has suffered the most. Ecologists have dispersed a series of cowbird traps across the park. A single cowbird is placed in the trap to attract others of its kind. Every day, naturalists visit to free native birds and collect cowbirds which are then fed to injured raptors at another location. Both the vireo and the gnatcatchers have benefited from this collecting.

Not all invasives allow such easy solutions. Black mustard and oat grasses are virtually impossible to eradicate. The tobacco tree — a South American import — presents a different problem. While easy to remove, its long tubular flowers have become a favorite of local hummingbirds. So does one uproot it or allow it to continue to feed those locals who have come to depend on it?

Docent Doug Bell related this to us as he rode with us in the back of the ten-seater. The new truck lacked the outer frame that the other one that they’d used previously. I found I missed the superstructure only a little when we hit a particularly vicious bump or curve. The photo safari passed over an eight mile stretch that ended when we made a left onto the Cactus Spur before depositing us at the eastern portion of The Sinks. I had seen this before by morning light and by moonlight. The late afternoon sun muted the vivid reds and silhouetted the cliffs. (You can compare the morning photos in my “Wavy Water” blog.) We checked for tracks and sketched or photographed the landscape for about fifteen minutes.

The truck carried us next to a trail to Box Springs. This was the real walking of the trip, a mile downhill through dry country to a green-shrouded spring. I examined a huge oak gall and a broken piece of a branch battered by acorn woodpeckers. Mountain lion scat indicated that big cats liked to loiter here. Docent Michael Dressler probed the feces with a stick and showed us that the cougar had been eating rabbit. I turned from the poo play to look at the pipe rammed into the source by ranchers and a string of barbed wire that had been incorporated into the wood of a gigantic oak. We then went down to the West Sinks for more photographs and the examination of a small white egg that had become wedged between the viewing platform.

This, I thought, marked the end of the journey. We bounced in the truck through the oak forest again. A threesome of deer raised their head from their grazing as we passed. Then we made an unexpected turn onto the Sand Trap Trail (I have no idea why it is called this) and climbed to a saddle from which we descended to an overlook of the haze-shrouded valley around Irvine. I had seen a better vista which featured Irvine Lake on the way, but because I believed we were going to stop, I did not take a picture. The chosen location was disappointing due to the low clouds and to the landscape. I snapped one or two photos, then boarded the truck with the rest for the ride to the parking lot. 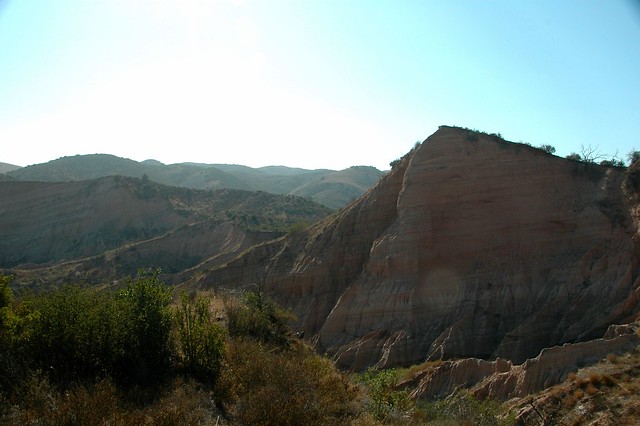 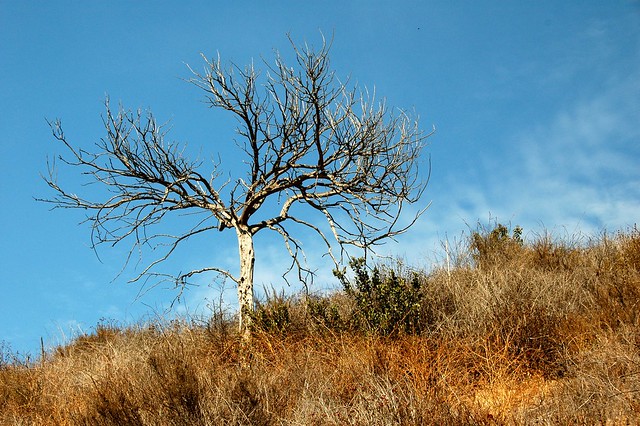 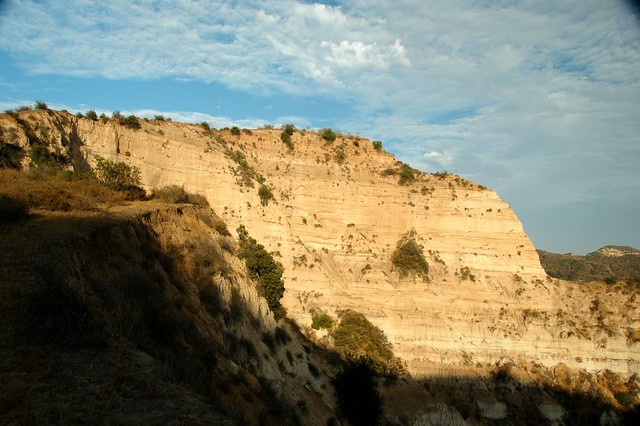 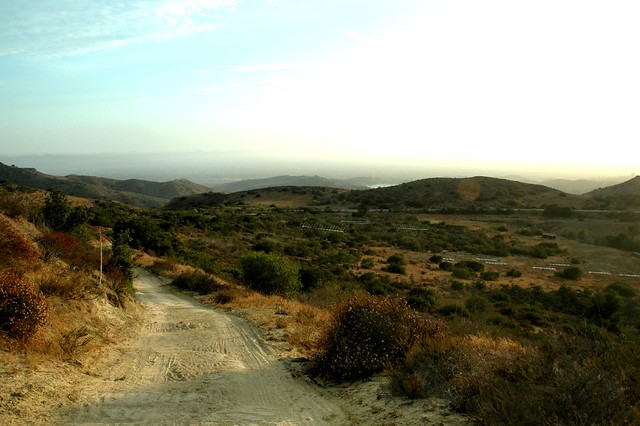 DIRECTIONS: Access to Limestone Canyon and The Sinks is controlled by the Irvine Ranch Natural Landmarks. Reserve your place for this and other adventures in the Orange County backcountry at http://www.letsgooutside.org.