“You know,” I said to the man with only a water bottle on the last stretch of the Bear Canyon Trail, “this is the longest 1.1 miles I have ever walked. It never seems to end.”

“I was thinking the same thing,” he said.

“I’m not even halfway there,” I cried.

“No, Four Corners is just ahead.”

So it was. I walked into the sparsely seeded meadow where the trails met just a couple of minutes later. The view amazed me: mile upon miles of uncut, unburnt chaparral. The elfin forest grew upwards to twenty or more feet on either side of the trail. Chamise blossomed at the edges of the open tract, offering itself as a foreground subject for every photo I took. 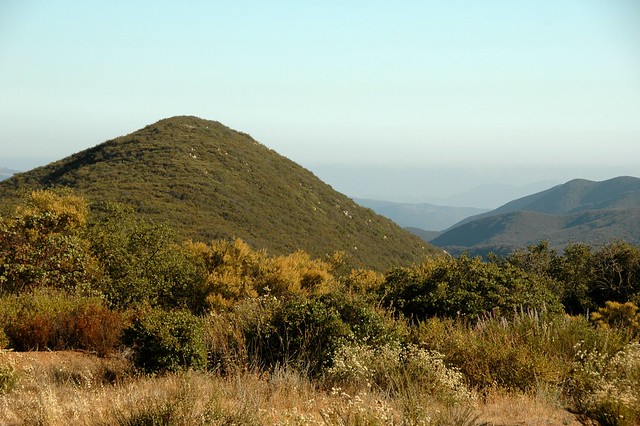 I had whined for much of the way. My impatience had no real basis except the frustration that I wasn’t getting anywhere very fast. When we arrived at a spot that I now call “False Four Corners”, I concluded that we had reached our destination, so we took a trail that led through some pretty overgrown country on the premise that it would take us back to the parking lot. Buckwheat and grass scratched our naked legs. Foxtails pierced our socks and burrs from other plants sneaked into our boots. Fifteen minutes later we were confronted by a “No Trespassing” sign with a polite note that told us that we were on the wrong trail, so why didn’t we just turn around and go back. Have a nice hike, it concluded.

At least there hadn’t been poison oak. 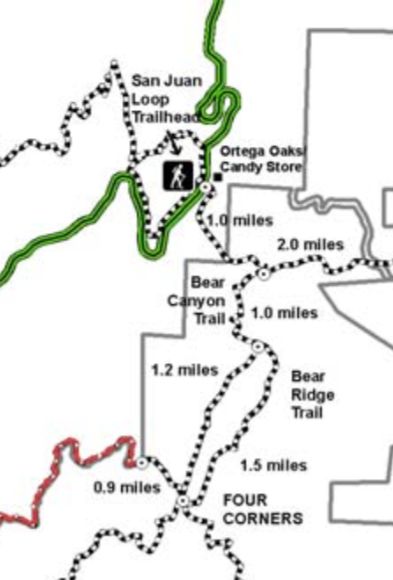 The real map of the Bear Canyon Trail

Usually I have a map in my head and follow it, but today that map was nothing like the real map and nothing like the territory. We got on the right trail when I capitulated and actually read the narrow white posts that served as trail signs. This put us on the stretch that seemed to be a path through an interdimensional nightmare. The trail rolled downhill and climbed back up. Every bend promised an end and promptly reneged on that promise. I was angry when I got to our destination and certain that the trail marker that led us there had lied, so I pulled out my GPS, cleared the cache, and started clocking the distance we walked back.

The familiarity of the trail by that time made it seem shorter, but still longer than I thought 1.1 mile should be. I was right: the GPS showed it was 1.15 miles. What had thrown me off? The trail was neither steep or rocky. The suffering it imposed lay in its deception but I could not determine its nature.

Lynn was not far behind; I radioed that she should take a left at False Four Corners and then went that way myself.

Granite boulders and rocks cropped out of this section of the trail, arranged like stairs in some sections and chaotically jumbled in others. I had needed to rest two or three times on the ascent. Lynn with her tibial torsion suffered on the way down. On the way up, I had met a woman coming down who told me that the downhills were harder for her because she had a metal plate and five screws in her ankle. I felt for Lynn nonetheless. We chatted on our walkie talkies. The strain in her voice made me anxious for her. Sometimes she stopped talking to negotiate a particularly brutal stretch. I, for my part, enjoyed the descent and the certainty that at the end of this segment our car was waiting.

Dark lizards stared at me as they performed their evening push-ups. I rounded one corner to find a Black-Chinned Hummingbird blocking the path. It buzzed just beyond my reach, pressing me and retreating as if it were a swordsman testing my defenses. The tiny Archilochus alexandri circled me. I followed its arc. Each of us never took his eyes off the other. The clatter of Lynn’s hiking poles signaled her approach. The hummingbird soared upwards and disappeared over the canopy. The immediacy of the moment made me hesitate to take a picture. I satisfied myself with the strength of the memory.

One hour and fifteen minutes after we left Four Corners, I arrived at the parking lot. Lynn showed up a few minutes later. While she used the pit toilet, I amused myself by photographing a used condom and entering the hummingbird sighting in my Audubon Birds app. No muscle or bone groaned from the fatigue of the long hike, but I was tired and very hungry. 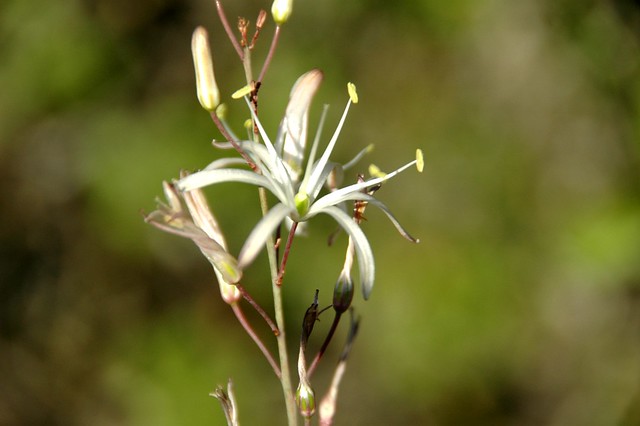 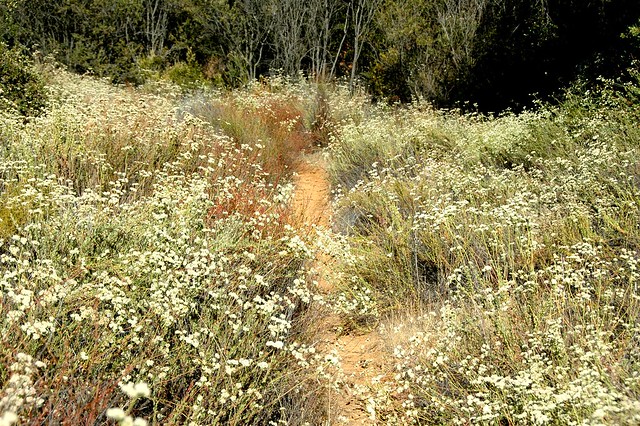 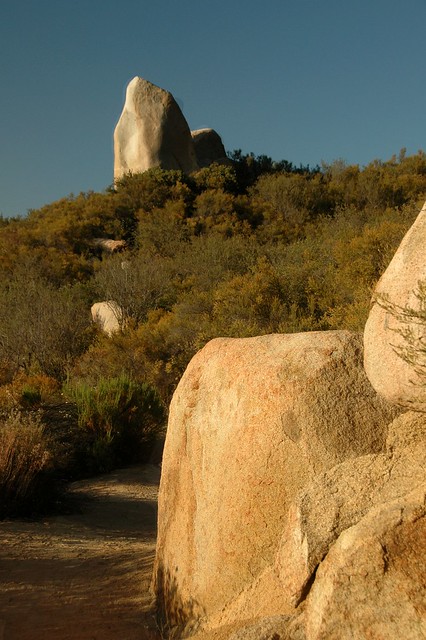